Hi, Just another one off blog. I have been using tmux for a while and one main thing I always wanted to have in tmux is a floating scratch terminal. I got so used to this during my time with i3 and wanted to replicate it with just tmux. 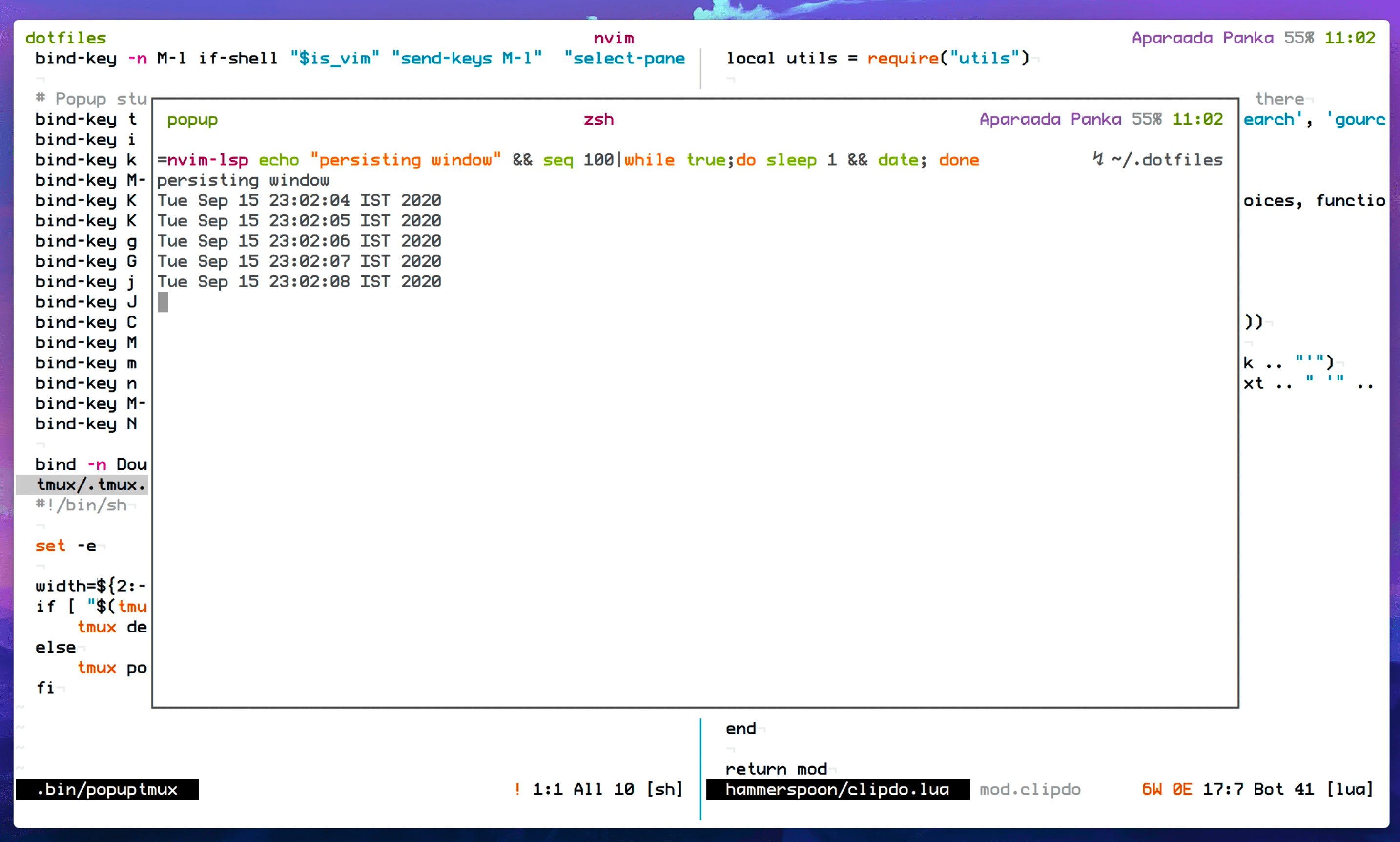 Check out what I am talking about on Youtube.
Code used here: script and tmux-config

A while back, tmux actually got foating window support and I am using it for a lot of things. I had by this time had a floating terminal setup however and so did not really think about using this initially.

Today, I thought I would actually try getting this can be done in tmux. Just for the heck of it.

This is not yet in any released version just yet and you will have to build from master branch. It will be available in the 3.2 release.

Basically you can get a floating window in tmux using the following command:

This will start a ping to 'meain.io' in a floating window. Step one complete.

Now if you want to run something like a shell, you can use:

K & R is so that you can get input in to the process in the floating window
E is so that after clean exit, we return back

The above script with attach to a session called popup, or create one if it does not exist. We are half way there, but I don't wanna be pressing two different keys for showing and hiding the popup terminal.

For starters, let us create a script called popuptmux and put what we have in it.

Now call this script with a tmux keybinding:

Now when you press <prefix>j it opens the session named popup in a floating window. Now to make our script a bit more intelligent.

With this script, when you are in a session called popup(which you are when you have the floating window open) we detach, otherwise we create a popup with a session named popup and attach to it.

Btw, if you want a bigger floating window, you can always just ask tmux.

Checkout the discussion on reddit, have a great workflow with floating terminals by /u/KevinHwang91 in there.

All good, now we can just go on hitting <prefix>j to open and close the floating window. Although we do have this now, the performance ain't that good. So at the end of the day if you open and close it a lot, this might not be for you.