So, you have been working on your React project. Maybe you have heard about Redux and how it can make it all better and need some help getting started.

Hmm, good question. It is like this master thingy which handles the state of all your components rather than handling the state in the components. So what you do is when you need to make a change that affects something else ( ie something you would store in the state or pass up to the parent component ) you pass it over to Redux ( loosely speaking ). From there you can user Redux to send the data to where it is needed. 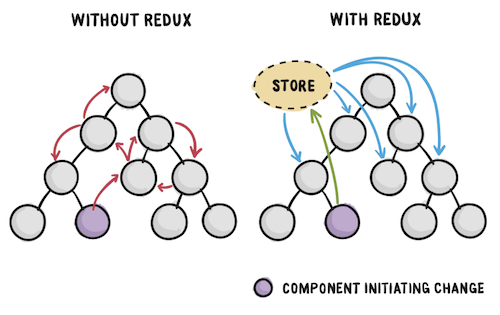 Let us get stated by creating a React project. I am using create-react-app.

This will bootstrap your react project, but without Redux. Your file structure will look something like:

You can use combine-reducers combine multiple reducers

Add redux into the react mix #

Add import for react-redux and store #

Change the render function to #

In your component file

Now at the bottom, do some magic to add stuff from redux as props.

I have tried to keep it really simple, more like a cheat sheet rather than an explanation because I think that is more important for most people. Feel free to ping me if you need any help.